Multimedia Services offers videography and editing services for events or programs at FDU.

Adjust your filter settings or refine your search phrase.

What is the Law?

If you produce or distribute videos in the United States, your content may be subject to federal regulations regarding accessibility for the deaf and hard of hearing. The rules are adapting to the digital age.

All video projects produced by Multimedia Services must be closed captioned and transcribed. Captions appear onscreen simultaneously with the audio and video and follows the same timing. It exists within the video player. A transcript is the same word-for-word content as captions, but presented in a separate document, whether it is a text file, word processing document, PDF, or web page.

B-Roll is supplemental footage inserted as a cutaway under narration or interview that helps tell the story. It can be used to introduce a segment or to cover a speaker’s audio or video miscues.

Multimedia Services has a significant amount of b-roll, however, there are projects that are so specific that we will not have the exact material required. In these situations, the producer will need to schedule a day(s) to acquire the footage. In some cases, scenarios may need to be created. If students are involved in the scenario(s) a signed release form will be needed. If b-roll needs to be recorded off campus, permits may be required.

Once a project is completed, an invoice will be generated that accurately reflects the predetermined cost associated with the production. An e-mail will be sent to the initial contractor of the production, and a GL account number will be requested to be added to the invoice and sent to Finance to complete the transfer.

Multimedia Services operates as a cost recovery center. We are not a profit center, so our pricing is significantly less than any outsourced production, while offering exceedingly high production values.
Pricing for a single or two camera production are $350.00 per day, per camera.

Post Production costs are charged at the rate of $45.00 per hour. Depending upon complexity, running time and the number of preview adjustments, the average time to edit a project is between 4 and 6 hours.

Why is there a charge for video production?
Post Production Services
Back

We have carefully adapted the way we work and collaborate with each other where necessary. More than ever, it is imperative we employ every possible safety precaution when and where we’re able to film, to ensure all FDU productions meet the highest safety standards.

While on-site filming is typically quite low contact by nature, we have adopted procedures outlined by the CDC while upholding local social distancing requirements so that vital video productions can continue safely.

Due to low-supplies, we ask that you bring your own gloves and masks. If you do not have access to PPE gear, PPE gear will be provided for you before entering the studio.

While some editing projects are straight forward, some require specific graphics, logos and music tracks as well as lower-thirds. This information should be communicated to us prior to the production itself since editing may occur soon after the video has been recorded.

When editing a complex video project (one that requires a significant amount of unique graphics, b-roll, transitions, voice overs, music tracks, etc.) it is imperative that there be a collaboration between editor and producer. This is generally facilitated by sending raw footage to the producer who then provides an edit decisions using Frame.io platform. This can also include additional information as to style. Once the edit is received a preview version is produced and e-mailed back to the producer. This process can take two, three, or even four passes before a final version is rendered and approved by various individuals who control content that resides on FDU’s YouTube Channel or website.

There may be times when an outside organization will be using various venues at FDU. Should they require a video project it is entirely up to the discretion of the Multimedia Producer to determine whether such a project is feasible or if it interferes with our priority which is FDU’s production needs.

Pricing for Outside Organizations

Multimedia Services functions as a cost recovery center for FDU projects, however, pricing for outside organizations will reflect the going rate from comparable media production facilities.

You may have a concept and an intended audience but not be quite certain how your video should look. We are more than happy to assist you in this process and guide you towards your goal.

When considering a video project, it is often helpful to offer several examples of programs you consider that demonstrate how and what you wish to communicate to your targeted audience and the type of messaging required. We can use that as a starting point and progressively move towards a program that is designed to satisfy your specific requirements.

All video material recorded by Multimedia Services will be stored and backed up indefinitely, including raw footage, and the final program. This will allow for updates to the project and provide a level of security should you require your project to be resent either to you or to other individuals at a later date.

All program material is delivered via Frame.io, this service offers a quick and convenient method of sending large files quickly and securely, as well as providing teams to collaborate and leave notes attached to timecode. The link provided by Frame.io can be shared for previews and approvals, however it is not a permanent storage solution and once the video has been downloaded, previewed and approved it will be archived.

At some point video materials that were produced in formats that are no longer in use may be needed to be presented and will require conversion. Typical conversions are VHS, DV, DVD to video files such as .mp4 or .mov. or DVD.

Types of Conversions that Will Need to be Outsourced

Multimedia Services cannot convert any film materials, BetaCam, ¾ inch video tape or Sony’s Betamax format. We can however recommend a trusted facility that will offer these services. 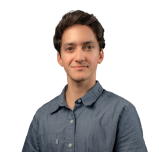